Mel and I have been interested in a while now in cutting ourselves off from bloated media providers (read: Comcast). We’ve used their services in the past for both internet and Basic Cable TV. We’ve never had complaints about the quality of service, but we have always felt like suckers (like the guy at Best Buy purchasing the extended warranty) – and Comcast’s corporate practices are terribly frustrating.

I can’t guarantee that the sun will rise every day, but I can guarantee without any doubt that my Comcast bill will go up for unexplained reasons at least every other month.

We’ve tried to dump the beast several times in the past. I wrote previously about how we bought a small tv antenna – and it totally didn’t work at all for TV reception. We had also dabbled at our previous address with USI wireless, but ended up on Comcast eventually.

I guess history repeats itself.

This time we’re trying the $100 tv antenna. We mostly get a great tv picture! Except for when an airplane flies overhead, which is about every 2-3 minutes in my neighborhood.

“Airplane Flutter” is what the internet calls it. The internet says that all I have to do is build a shield for my antenna out of tin foil and I should be all set… uugghhh.

For internet, USI has installed their fancy modem on the exterior of our house. When I’m lucky, I can almost watch a YouTube video (provided I give it 2-3 minutes to buffer before I try to watch).  uugghhh.

It looks like we’ll be tucking our tails between our legs and heading back to Comcast. I don’t feel good about it at all, but I’m feeling out of options…

Anyone out there been more successful at cutting the cord than we have been? What’s your secret?

Will it happen, yes or no?

For the love of all that is good in the world, Please YES!!! If this doesn’t happen, then what’s the point? …of anything?

So you know all that “anime” stuff people like?  You know how some people are totally into it? Well i’d never seen much of it until today. I found myself awake at around 7:00 AM bouncing Kung Pao this morning, and after watching the awesome bicycle movie Breaking Away, I started perusing the Netflix archives. One of the recommendations: Sekirei

I probably should have known better since the plot snippet described one of the female characters as “busty” (which was then confirmed by the cover art), but I decided to watch anyway. I made it through 3 episodes. I could totally see the potential plot appeal: it was mystical, magical, fantastic, etc. There was swords, fighting, battles, etc. and I even appreciated the animation.

But, eh… this was probably one of the most objectifying shows I’ve ever seen. Despite the fact that the women were the characters with all the superpowers, they were also reduced to sexbots since all of their clothes got ripped off every time they had a battle and they each had a male companion whom they referred to as their “master”. In some cases, the (gender ambiguous) men were even “master” to several women (whom he claimed by kissing them), which introduced a kind of weird polygamy thing. It was pretty clear I’d stumbled onto the American Pie of anime. Far from outright pornography, but not exactly plot-driven either. I don’t have a problem with characters being sexy, but I’d rather not have that be their best trait.

Anyway, all this is to say that I’m sure there is better anime out there I should be watching. So help me out? Don’t make me aimlessly peruse the endless Netflix gallery again (that’s how I found Sekirei).  Got any anime recommendations? Ever seen Sekirei? Thoughts?

Mel and I have been feeling like a couple of suckers for the past few years because we pay Comcast $15 each month for the basic cable package.  That’s the package that gets us about 7 channels that are worth anything: ABC, CBS, NBC, FOX, TBS, and a couple others we watch just because we’re bored.  Most of these channels, you’re supposed to be able to get over-the-air for free in HD.

So we went to Target, and bought a $40 HD antenna, and plugged it in to see what we’d get:. 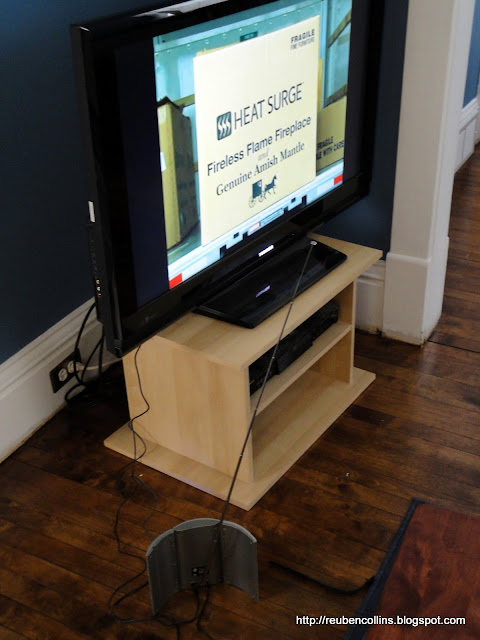 NOTHING. We got NOTHING..

Ok, fine, we sort of got ABC, but it kept shorting out on us, and wasn’t anywhere near a picture quality we would be happy with..

Oh, Great Internet – what are we doing wrong here?  Do we just need a better antenna?  (before you ask, yes, I’m like 70% sure our TV has a built-in digital tuner)..

P.S. – have y’all seen those commercials for the Amish-made movable fireplace things?  Mel and I may be suckers for paying Comcast for basic cable, but at least we’re not buying THOSE things…

New question from the mailbag!  This one from Marla over at Muppets & Me:

what does HUZZAH mean?  And where did you pick up that lingo?  It’s catchy!

This one’s easy!  Here’s the source:

Ok, peeps!  Keep the questions coming! Ask Me Anything!!!

Top 5 reasons why I love My So-Called Life: 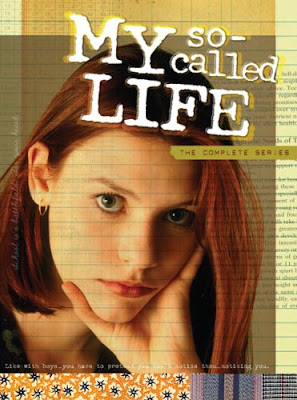 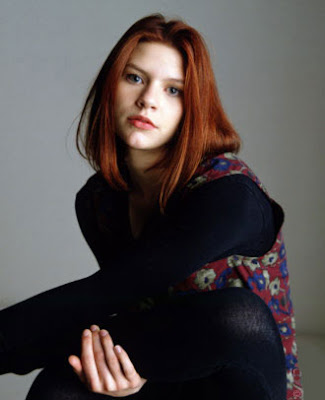 Claire Danes‘ character Angela Chase sported fantastic auburn hair throughout most of the series.  I fell in love with her hair, and I fell in love with her because of it.  Even today, any time I see someone with this hair color, I immediately think of Angela.  I had a fantastic crush on Angela throughout high school (although she was always second in line to Larisa Oleynik‘s character Alex Mack).  Let’s just say, I knew what they were talking about when the Ataris released their song My So-Called Life: 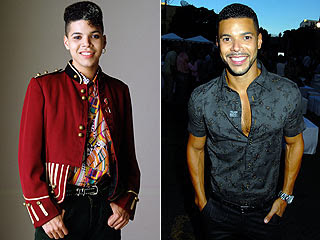 Rickie wasn’t the first gay tv character ever, but he’s certainly the earliest one I can remember (although I was always very suspicious of Balkie Bartokomous…).  I missed the series when it first aired on ABC in 1994-1995, but while it was on heavy rotation on MTV beginning in 1995, I always found Rickie’s sexuality intriguing.  I was 14 years old and had never met a real-life gay person before.  In addition, MSCL was the type of show (along with the Simpsons) that I could only watch when my Mom wasn’t around or she’d make me change the channel. All of this made Rickie’s sexuality seem so scandalous – and I guess that’s sort of the point – the show pointed out the controversy surrounding something that shouldn’t be controversial at all.

Also, because of this:

3. It Just Ends
The entire series is only 19 episodes long, and it just ends with loose ends everywhere.  None of the story lines are resolved, and not in a LOST “we just don’t want to bother filling the plot holes” sort of way.  It’s more of a “nothing in life is ever resolved, so this show shouldn’t be either” sort of way. In the DVD set liner notes, creator Winnie Holzman says:

I would have gotten somebody pregnant.  Sharon’s the obvious choice.  I would have made Angela unable to resist turning to Brian Krakow for advice about her doomed relationship with Jordan Catalano, and I would have split Graham and Patty up, so Patty could fall into a deep depression – the kind where you can’t get out of bed – so that Angela is forced to somehow run the household.  I would have had Rickie move in with Mr. Katimsky… and when Mr. Katimsky is fired for the crime of giving a kid a place to live, I would have forced Patty out of her depression to defend him.

As much as I would have liked to have seen some of these plot lines play out, I’m glad the series didn’t end with all the world’s problems solved.

4. No Stupid Life Lessons
The series didn’t attempt to teach morals or offer advice.  All of the characters were fundamentally flawed – just like real people.  The parents were making poor decisions as much as the teenagers, and there’s no Saved-by-the-Bell moments of enlightenment. (To be fair – the Christmas episode was a little bit too saccharine sweet for my tastes – what with the guitar-playing angel that schools Patty about the meaning of life and all, but I’m willing to let it slide…). 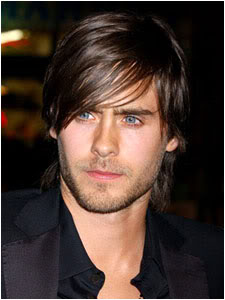 I’ll admit it.  I’m a HUGE Jared Leto fan, and this is where I was first introduced to him.  Even though his character Jordan Catalano was a huge d/b – and even though I suspect Jared Leto is actually a total d/b in real life, too (did y’all know he had a thing with Paris Hilton??? gag!).  Still I liked Requiem for a Dream alot, 30 Seconds to Mars is one of my favorite bands, and this video is def one of my all time faves (for obvious reasons).

So – How about you?  Why do YOU like My So-Called Life?