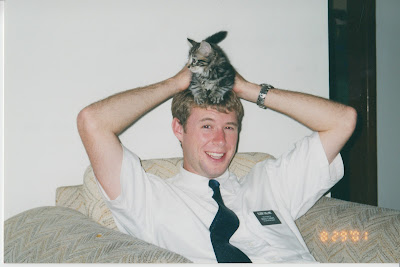 Just in case anybody out there is wondering what it’s like to be an LDS missionary, this pretty much sums it up.

This photo was probably taken during January or February, 1998. 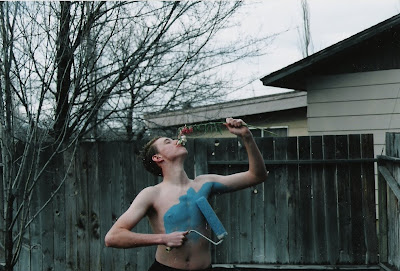 The circumstances???? eh… let’s not talk about it…

From the Archives: Reuben’s Bathtub 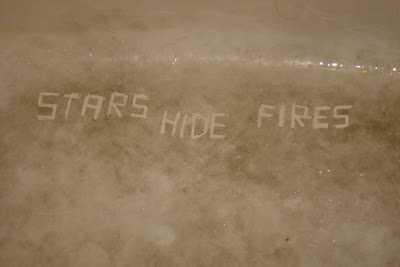 This is a photo of the bathtub in one of my college apartments.  I was going through a little bit of an emo-pop phase, and the dirty tub floor seemed like a perfect place to scratch the band name “Stars Hide Fires.”  I’m pretty sure my roommates weren’t very impressed.  I’m also not sure why I chose this particular band since they weren’t that great and I was never really a fan anyway. I think the inscription was there for about a month before anyone bothered to scrub the tub.

This is actually an installment from my old roommate Jason‘s archives.  I was lucky enough to have lunch with him at the Blue Iguana in Salt Lake City while Mel and I were passing through town and he agreed to pass along the photo.  Here’s one of me and Jase after we finished catching up. 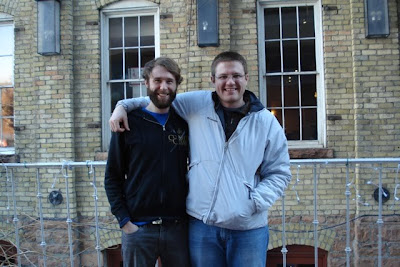 Also, I don’t know about you guys, but I just recently discovered the new version of the blogger post editor, and it’s screwing with me. It will take some getting used to. 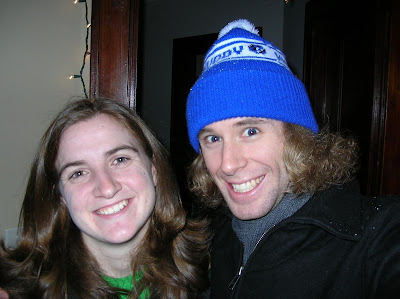 This is the earliest photo we have of Melanie and me together. It’s dated January 16th, 2006. 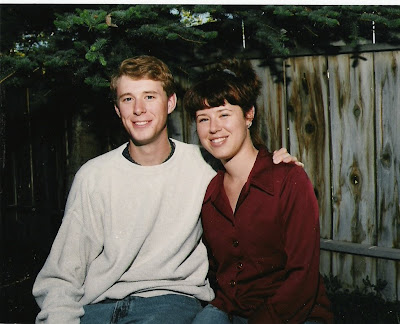 During the summer of 2000, my mom decided that we needed some family photos. I was about to leave on my LDS mission, so she thought it would be good timing. I’ve always liked this photo of my sister and me.

If you look closely, you can see that I’m wearing a bike chain around my neck. I wore that necklace for several years, roughly 1997 – 2003, partly because I couldn’t take it off without using a chain tool. There was no clasp – no way to remove the thing without driving out one of the pins holding it together. So I wore it everywhere… for everything. Showering, sleeping… even as an LDS missionary (it hid nicely underneath the standard issue collared shirt + tie).
Oddly enough, this is roughly the same time period where the idea of riding a bicycle never crossed my mind. Although I was an avid cyclist during my childhood, I had given up cycling in 1997 when I got my drivers license. Despite my absolute hatred of driving, I didn’t discover cycling again until 2005 when I moved to MPLS. 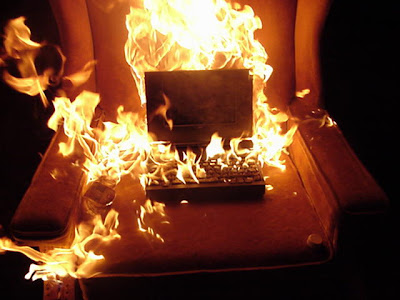 A significant portion of my freshman year at BYU was spent setting things on fire – usually at the mouth of Rock Canyon. We would burn pretty much anything we could get our hands on… partly because we liked burning things, partly because we were too cheap to pay to do anything else. The hardest part was arguing over who was gonna fork over the $1.50 for a gallon of gas (we were a bunch of cheapskates, obviously). I’m not sure who took these photos, but I’ll bet it was Scott, since he’s conspicuously missing from the group shot. Photos are probably in early 2000. I dunno where we got the armchair. I think Scott donated the old laptop. The keyboard was probably mine after someone dumped soda on it leaving the keys all sticky. These were just some simple snapshots, but the deep blackness in the background gives the photos a pretty spooky feel. 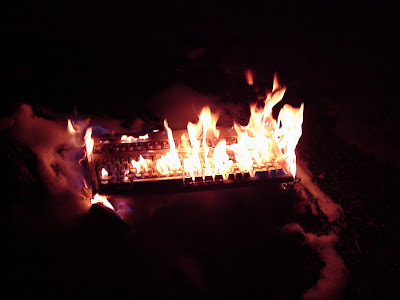 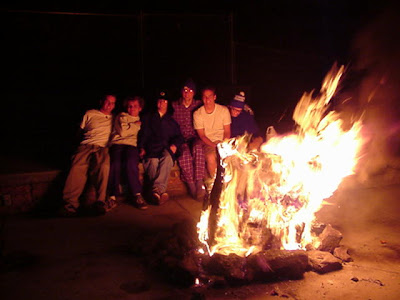 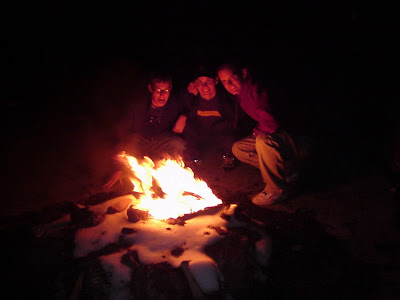 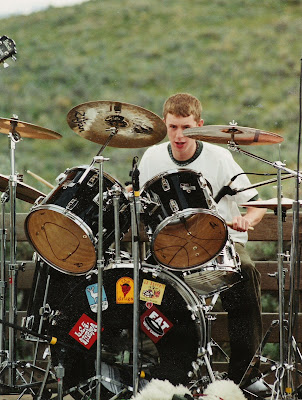 This photo was probably taken sometime in 1997. My high school pop band The Jarbers played a concert called the “Phat Ass Show” out in the sticks to stay away from the police. All our equipment was powered by generators & the stage was the back of a flatbed truck.

Here’s a fun fact about how nerdy I was: if you look at the bottom drum heads on my toms, you can see some lines drawn with a sharpie. One of them looks like a basketball. That’s actually the results of a high school science fair project. Turns out, when a thin membrane vibrates, some portions (lines) along the drum head do not move, with the rest of the membrane vibrating up or down. The sharpie lines represent the node lines of my drum heads when vibrated at various frequencies. Learn more about it here. 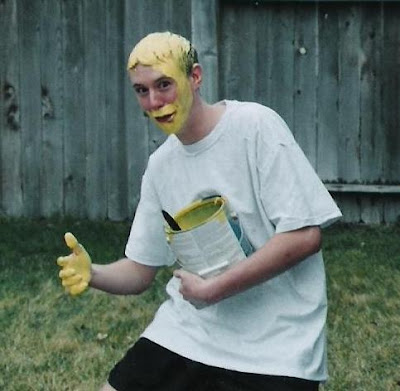 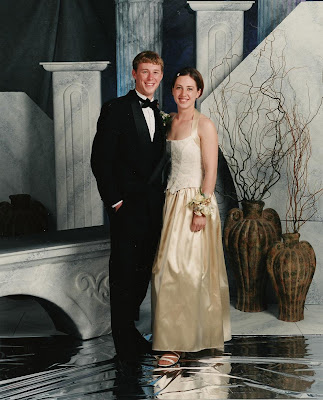 …with his friend Emily. Photo taken in 1999, probably.

Back in the day, a few of us were big fans of the band Mustard Plug – especially my friend Dan. He really wanted them to play a concert in Elko. We gave him a hard time about it – bands never came to Elko. He made a bet with Andy that if he could convince Mustard Plug to come to Elko, Andy had to eat grass. So he wrote Mustard Plug a letter, and got this in return: 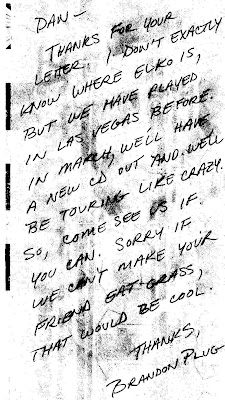