Mel and I have been working on another special project lately.  It’s another one of the final details left over from refinishing our hardwood floors.  This is one of the tasks that we had paid The Floor Guy to do, but he never got around to doing it before he disappeared on us.

So here’s the situation:  After The Floor Guy “finished,” we still had to figure out some sort of threshold to match the kitchen tile into the hardwood floors. 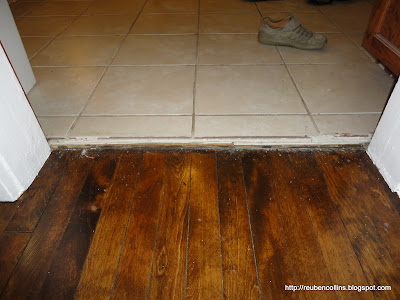 As you can see in this next photo, the kitchen tile is a good 1-1.5 inches higher than the hardwoods.  This is a little bit taller than most off-the-shelf thresholds are designed to handle. 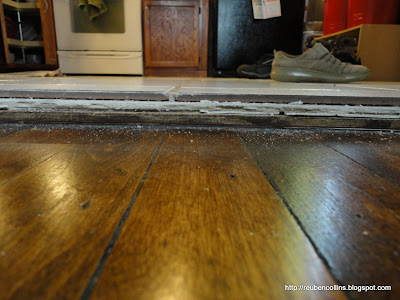 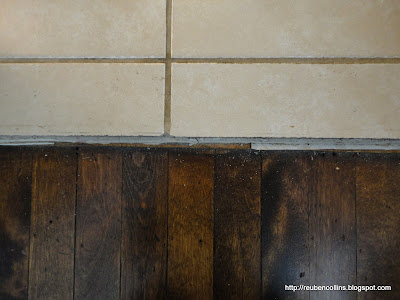 The Floor Guy had made a half-hearted effort.  He had purchased and stained a threshold for us, but he never  got around to installing it.  Several weeks and many attempts to get in touch with him later, I came home to find that he had left this threshold on our front doorstep, and he’d left me a voice mail message saying, “Hey, I’m really busy.  Why don’t you just cut and install this yourself?”  As a side note, anytime I would try to contact The Floor Guy to get him to come finish the job we paid him to do, his excuse was always that he was too busy working on other floors to finish ours.  It’s still not clear to me whether he actually believes this is a good excuse or not.

Anyway, it’s just as well that The Floor Guy didn’t come back to install it – I’m sure I wouldn’t have been happy with his work.  The piece he had bought was clearly insufficient.  It was never designed to be a threshold piece in the first place, and it wasn’t even close to being tall enough: 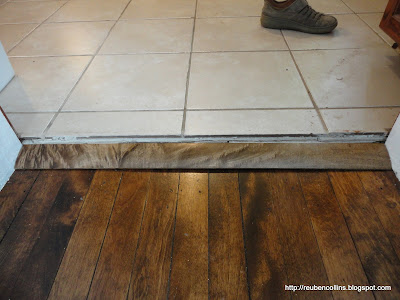 I also wasn’t impressed with the stain The Floor Guy had chosen.  It didn’t really match the rest of the floors. 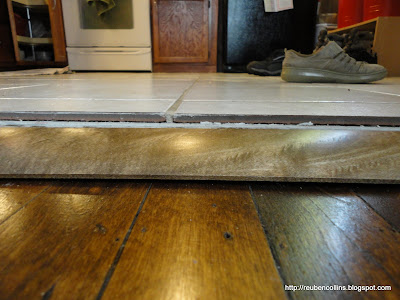 So I bought a maple 1×4 and created a second threshold piece designed to raise the first piece up.  Here’s a photo of the 1×4 after I’ve tested some of the stain colors.  I ended up sanding all the stain off the piece The Floor Guy left for us and re-stained it so that it would be a better match. 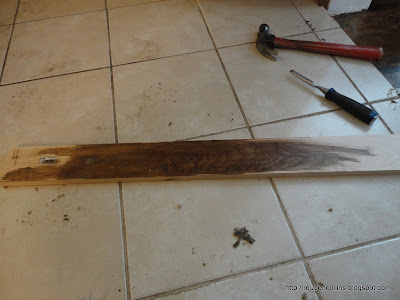 Here’s the first piece of the threshold: 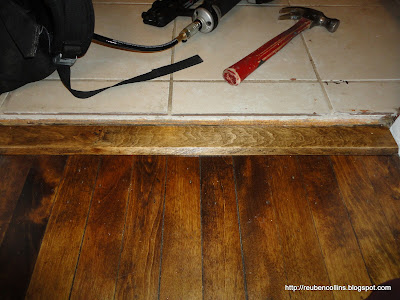 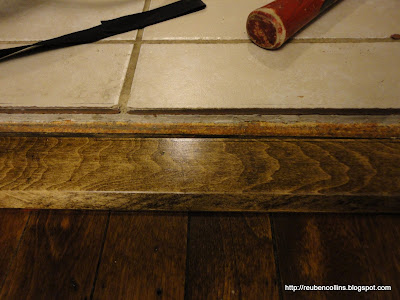 And here’s the final product after both pieces are in place: 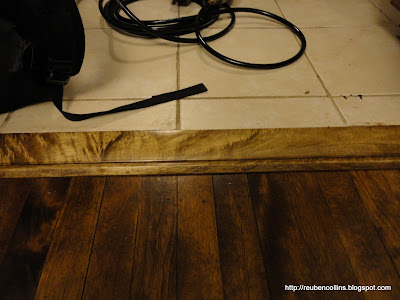 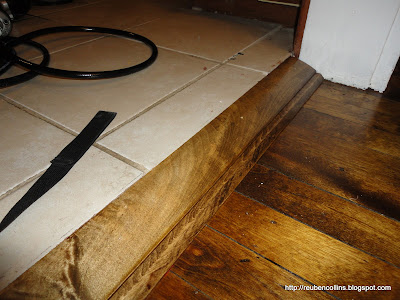