I mentioned back in March that one of the projects around the house we were hoping to get to was to replace this little stairwell landing on the stairs that lead to the basement.  It looks like it was constructed with traditional tongue & groove floorboards, and I assume they are re-used from another project somewhere else, rather than being original to the house.  Here’s what it’s looked like for the past 5 years that we’ve owned the house: 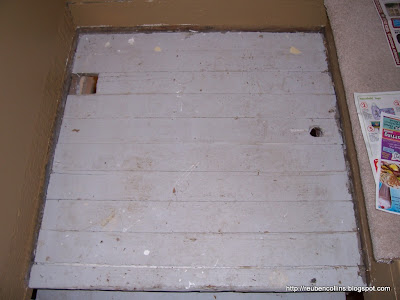 I decided to just stick an inch of plywood on top, and cover the wonky edges with quarter-round moulding, like so: 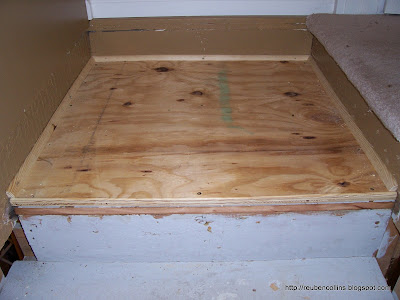 Ooh yea.  Real classy.  Imagine it with a nice coat of grey floor paint, eh?  Now we’re talkin’.  And for any of you folks who are thinking, “But Reub, now isn’t that step an inch taller than the rest???”  No, it’s still about an inch shorer than the rest. So there.