Another action-packed Saturday laboring away on things that probably don’t need to be labored on.  A few of you may recall that waaaaaay back in 2008, pretty much the first project Mel and I did around the house was to install a few shelves in the bedroom closet.  We’ve been pretty happy with the shelves, but it became apparent that we were going to have to do some major work in the closet area.  Unfortunately, while working on the-fascia-project-from-hell, I  discovered something a little bit startling – one of our walls was rotten. I’ll explain later.

So here’s what we started out with this morning: 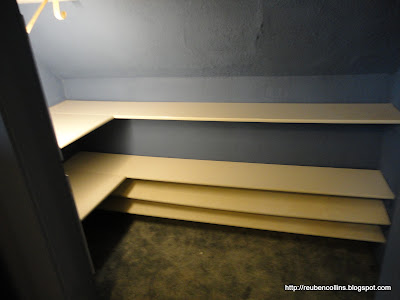 Nice, right?  Well turns out the back of that closet is just a knee wall, and there’s unused space behind it.  We needed to get into that space.  So we had no choice but to just start hacking away at it.  Here you can see the studs that used to be the knee wall, and the old shelf that someone just left in place when they built the knee wall: 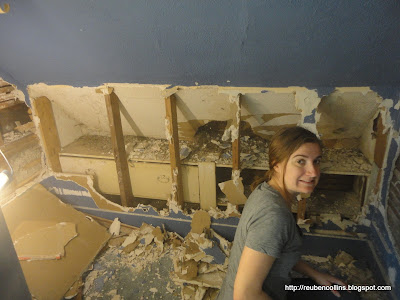 Neat, huh?  I was hoping to find treasure behind the wall, but all we found was an empty whiskey bottle.  We thought it was funny that when they built the knee wall, they just left that little shelf and drawer in place behind the wall: 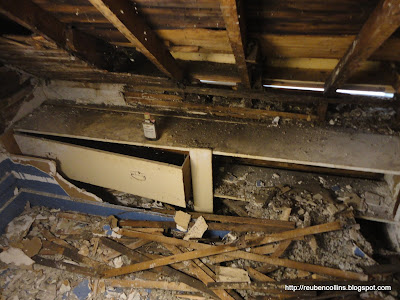 Ok, so after hacking away at it pretty much all day, now all we’ve got is a completely empty room with no walls.  We even pulled up the carpet to expose the original maple floors in the closet: 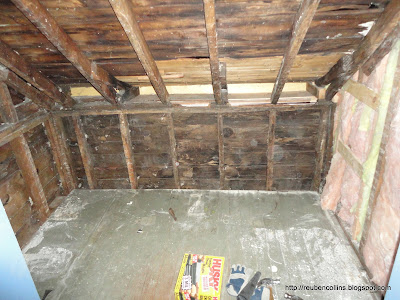 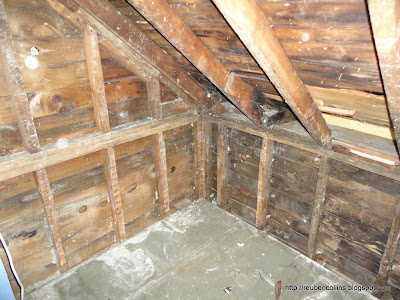 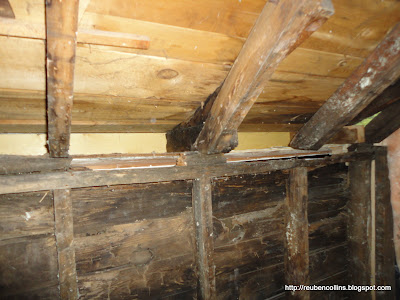 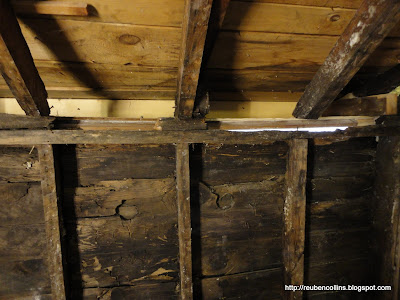 This is the first time we’ve exposed the original maple floors, and I was a little disappointed by what we found.  Previous owners had painted the floor, and then installed linoleum right over the top.  In addition, in at least one location, someone hacked right through the floor…  We’re pretty sure this floor is are NOT a good candidate for restoration. 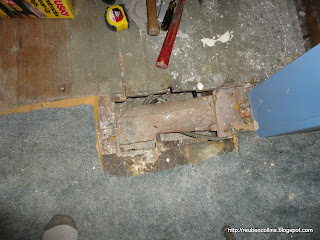 Anyway, just to let you know a little bit about the anatomy of a 100+ year-old house, here’s the guts of how the flared eaves are constructed.  For the record, this is a pretty lousy design that pretty much guarantees that the roof overhangs on the outside will sag over time: 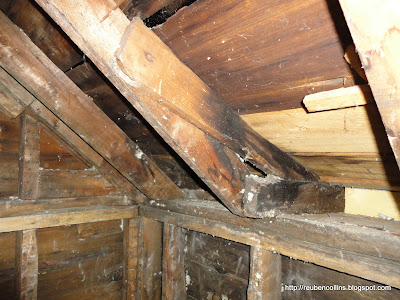 Balloon framing is constructed by allowing the floor joists to simply be hung from the wall studs (rather than resting on the 1st floor walls). Also, generally, a lousy design prone to sagging. 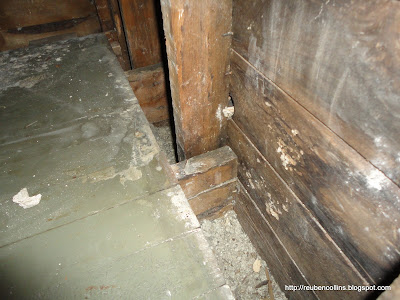 Electrical cable routed outside the wall cavities????  Great.  Now what am I going to do with that??? 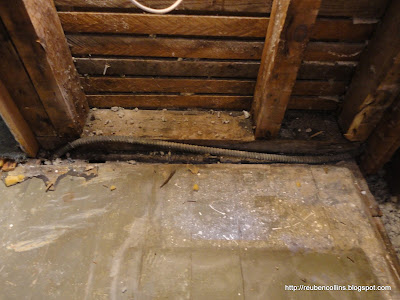 Anyway, that’s what I did today.  Tomorrow, we’ll get some new insulation up and hopefully start some hanging some drywall.  Yippee!