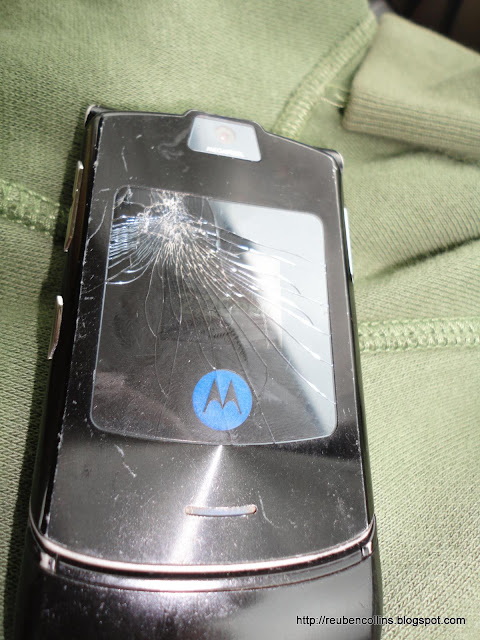 I bought it in 2005 off craigslist.  It came pre-loaded with the previous owners R& B and Hip Hop songs and pictures of her 3-year-old daughters braids.  The previous owner also threw in a Bluetooth headset that I never got around to figuring out how to use.  I average about 150 minutes/month.  The majority of that is calling voice mail to learn that my mortgage lender has critical news for me and that I should “push 1 now” to hear it. I average 115 text messages per month – nearly all of which are mushy messages to my wife that  would make y’all barf if I repeated them publicly.

I’m so low-tech it hurts.