The Minneapolis Stake of the LDS Church is celebrating its 50th Anniversary this year, and they’ve got a web site that has some interesting history about church infrastructure in MPLS. I find the photo gallery equally interesting and tragic.

For example, I didn’t know that the first chapel constructed in MPLS was about 3 blocks from my house at 3101 14th Avenue South.  It was dedicated in 1924 and sold in the early 40’s. 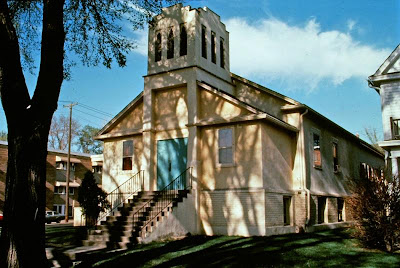 The building is still in use today by another faith organization.  That’s pretty neat.  This is an older photograph – the building is now painted with a purple mural on the back.

Here’s an architectural tragedy I learned about, though.  The church purchased the following building at 1205 University Avenue SE in Minneapolis in 1969: 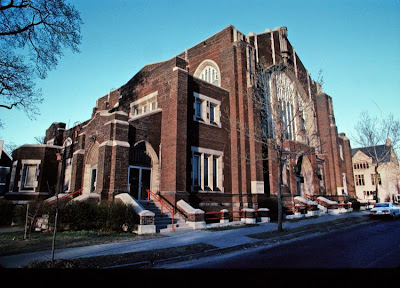 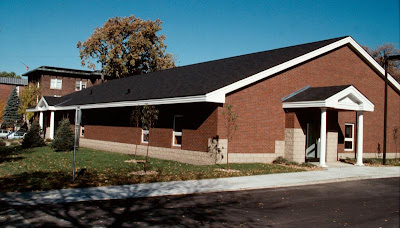 This sort of blows my mind. Talk about trading down architecturally!  One must assume that the Church got an absolute steal on the older building when they bought it in 1969.  Either that, or the church was willing to pay a premium for the location right across the street from campus.  It would be interesting to see the balance sheet for this decision.  I’m sure the old building had some maintenance issues, and I’m sure the new building is much cheaper to maintain, but jeez – talk about trading the inspiring for the banal!

Anyone out there old enough to remember the older institute building?  Anyone have any insight as to why the old building was demolished?

15 thoughts on “U of M Institute of Religion Building”