Well I haven’t made much progress lately on the last home project I started and never finished, so that means it’s about time to start a new one!  I mentioned back in February that my basement windows were in extreme need of replacement, so between episodes of Buffy the Vampire Slayer (which I’m just now watching for the first time), I decided to investigate the situation a little more.

Here’s what the window looked like before I started messing with it: 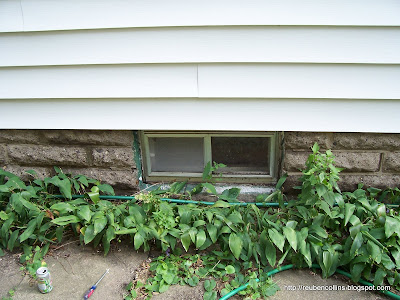 If you look closely, wow are there some large open holes in here perfect for letting mice into the house!  Take a look: 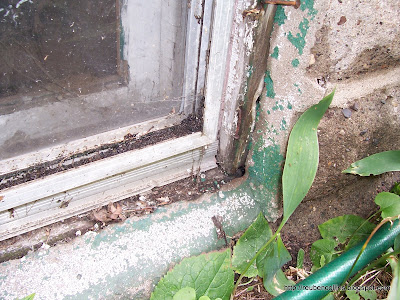 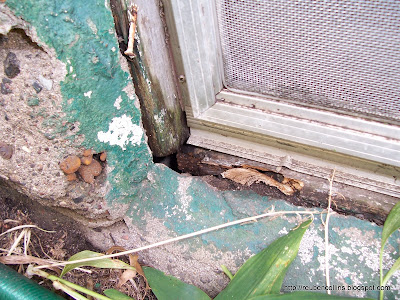 It’s a two-window system, with the original old window on the inside (the original glass has been crudely replaced with plexiglass) and an outer aluminum storm window.  The outer storm window is actually in pretty good shape, totally functional, although it has never been opened since the inside window is entirely non-functional.  So I pulled the outer window off (it was only held in place with a handful of 1/2″ screws): 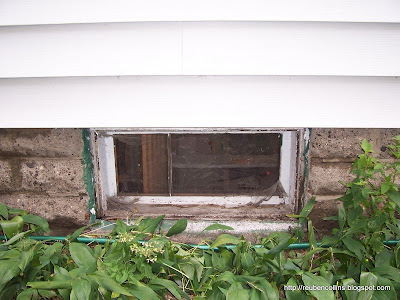 Lot’s of cobwebs in here since the space between the two windows hasn’t been opened in decades.
Next, I started the old “screwdriver test” where you start jabbing at the wood with a screwdriver.  In solid wood, you shouldn’t be able to press the screwdriver into the wood.  If the wood is rotten, a screwdriver will push right into it.  How far the screwdriver goes will tell you how rotten the wood is.
Test #1: 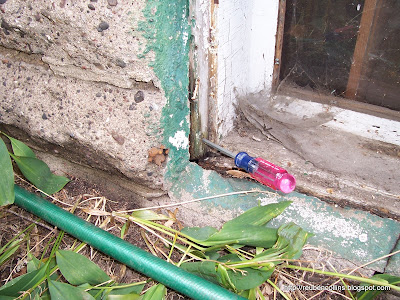 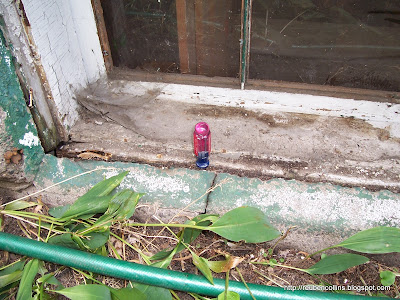 The screwdriver sunk all the way in with no trouble at all.  I kept digging a little bit and discovered that the entire bottom sill here is total garbage.

So with that, I marched right over to Menard’s (actually, I drove in a car…) and special-ordered myself 3 new windows!  I was pretty disappointed in their window selection, and I suspect that the windows I ordered are very low-quality, but anything’s got to be better than what I’ve got now.  Hope I ordered the right size!!!  I’ve got a few questions to figure out before UPS delivers my new windows and I get started replacing them:

1. I discovered that my foundation is constructed out of hollow blocks.  Should I fill them somehow while I’ve got the window out?  If so, with what?  concrete? spray foam? dirt? gravel?


2. After I rip the old wood out, I’ll have nothing left but concrete blocks.  When I put the new wood in place, how am I supposed to secure it to the foundation?  Or do I just kind of wedge the four sides in place and call it good enough?


3. When I install the window, should I re-install the storm window as well?  Or should I just go with a single window system?


Anyone got any advice?

6 thoughts on “Evaluating the Basement Windows”