Mel and I finished all the woodworking tasks involved with our faschia project. Tasks remaining:

So we set out scraping all the chipping paint off the old fascia & soffits. The paint is alligator cracking.  We really dislike the look of when paint is just applied over other cracking paint, so we really wanted to scrape it all off.  We realized pretty quickly that it was going to be a big task.  I had read somewhere about a product called CitriStrip, so we decided to give it a shot.  It didn’t turn out so well for us.  We ran into three problems:

1. we spread it too thin
2. we were using straight scrapers on curved surfaces
3. we caused some serious damage to the wood surfaces in some places 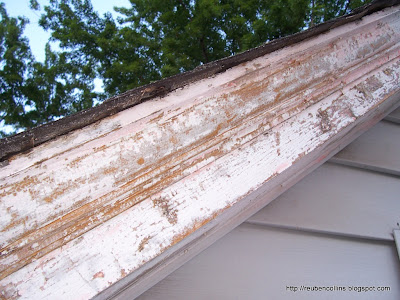 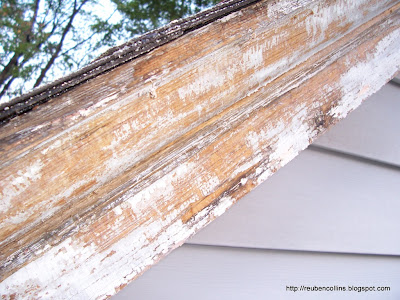 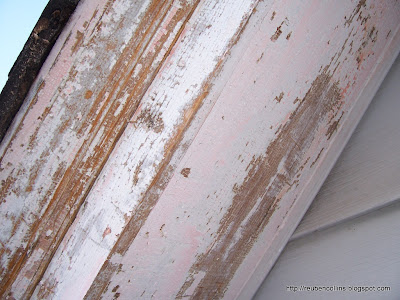 After several hours of using CitriStrip, we suspect that our surface may be less paintable overall than it was before we started.  In areas where we had gooped the CitriStrip on a little bit thicker, we saw some evidence that a thicker application could have been much more successful, though it wouldn’t solve the problem of scraping curved surfaces with straight scrapers.

We’re toying with the idea of buying more CitriStrip and trying it again with a much thicker application, but we’re pretty much at the point of this project where we hate working on it, so we’ll probably just slap some new paint up over the old stuff, & it will look kind of lousy.  But at least it will look better than when we started.  We’re hoping to be totally done with this project by the end of next weekend.

2 thoughts on “CitriFAIL (or Fun with CitriStrip)”