Alright, I mentioned a few posts ago that I have found a willing sponsor for either the first-ever SingleSpeed giveaway or the first-ever sponsored product review. I’m open to the idea of a give-away, but I really wanted to find a way to make sure that somebody ended up with something they actually wanted. Well I’ve been chatting with Ashley from the PromoTeam (who I first accused of being a techno-bot spammer when she first contacted me, but she later convinced me that she was a real human). I lobbied her to let me do a $50 gift-card giveaway, but she insisted that $35 was the maximum budget limit and that gift-cards or promo-codes were not an option. Oh well. See how I’m always looking out for you, trying to stuff more cash in your pockets?

Also, you guys weren’t very excited about a giveaway – out of 7 comments on that post, three were entirely opposed to the idea of a giveaway – anonymous is even concerned that a SingleSpeed Give-away will steal business from local bike shops, which I admit, is a threat I had not previously considered. Scott even claimed he would quit reading the blog altogether, but we know he’s all talk and that I could come right out and say that SCOTT IS A NO-TALENT CLOWN and he’d keep reading – because he’s cool like that. But it’s clear that my readers are luke-warm at best about a give-away, so I’m gonna do a sponsored product review instead.
I’d never heard of Ashley’s store before, [website] (which I have learned is a parent company for some 200+ online retail outlets), but I was excited to see what they had to offer. I first checked out their selection of bicycling gear at [website] and was tempted by their [item]. I also discovered that they have an extraordinarily large offering of [items], a couple of which would look quite nice in our bicycle-themed kitchen. I invited my wife to help me select the perfect item four the first-ever SingleSpeed Sponsored Product Review, and together we made a decision: 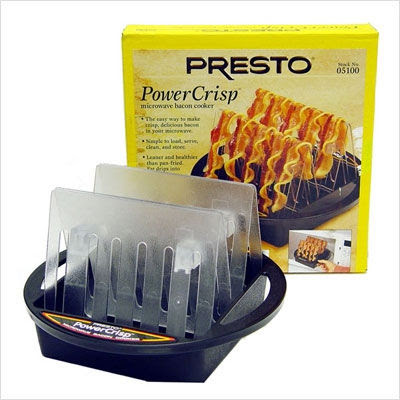 Without further delay, I will have Ashley from the PromoTeam send me a [item] (courtesy of [website]) – a $15.99 value – because I love me some bacon! My first impression is that it appears to be a slotted piece of plastic with a drip tray – true technological genius. Stay tuned for the first-ever SingleSpeed Sponsored Product Review. Also, if it sucks, we may still be having the first ever SingleSpeed give-away!