Apologies for taking so long to get last weekends adventure posted. I blame USI wireless, our internet service provider. I have found their service to be so unreliable that something as simple as posting to a blog can turn into a real hassle… but enough excuses. On to the adventure!

We went to Boston to attend the wedding of my former roommate Fraggle and his now wife Annette. Here’s a photo of me and Fraggle (post wedding): 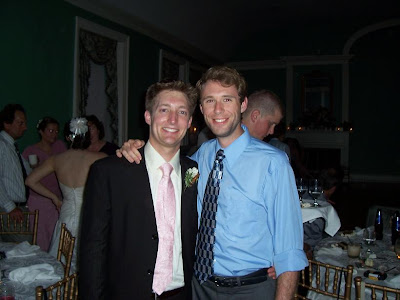 But when we weren’t attending weddings, we took the opportunity to see some of the historic sites around Boston. As it turns out, Boston is a really beautiful city, with a large central park. 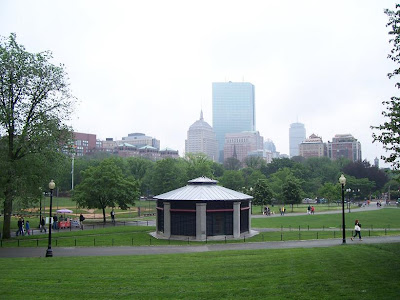 We came across a small and very old graveyard – full of tourists and elementary school kids on field trips. Of course we had to stop and check it out. 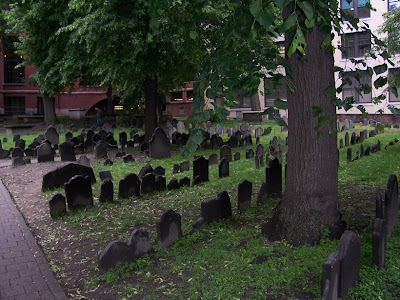 It turns out that Paul Revere is buried here and apparently the cool thing to do is to find a small rock and set it on top of his headstone. I don’t really get it, but whatever…. 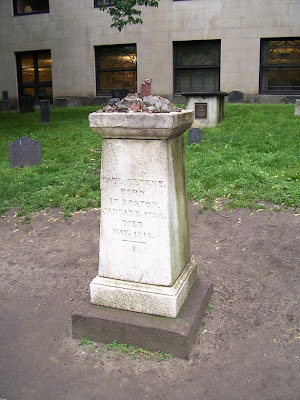 Immediately across the street, we found the Beantown Pub, which has some pretty dang good french fries. 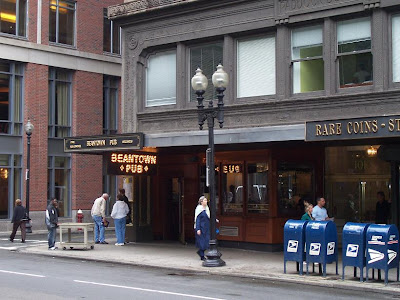 Since I am somewhat of an armchair architecture critic – and an actual (as opposed to armchair) urban planner, I had to stop in and see some of the famous neighborhoods – particularly Beacon Hill. I really loved the narrow streets, 3-6 story buildings with hardly any front setback at all – and still room for street trees. It’s completely obvious why it’s so popular (and pricey). We just don’t build neighborhoods like this anymore. 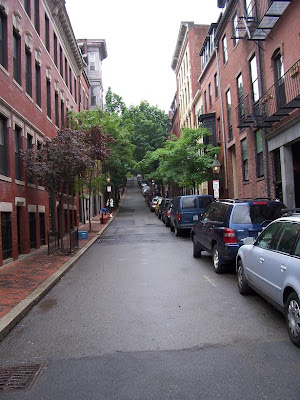 Of course, what trip to Beacon Hill would be complete without stopping by at the famous pub Cheers! featured in the awful sitcom of the same name. Here’s a photo of me standing outside the pub, noticeably unhappy and feeling deceived after realizing that, in fact, nobody at Cheers! knew my name. 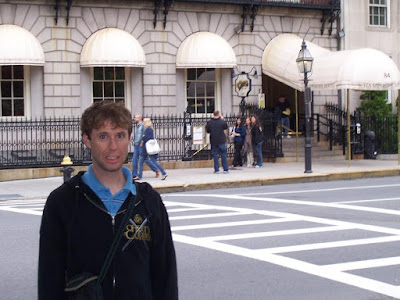 I was also pretty impressed with the Bunker Hill neighborhood. Melanie was too, so she did her best Peter Pan impression in the middle of the street. You gotta admit, she does a good Peter Pan (depending on the circumstances, it may also double as a Superman impression….) 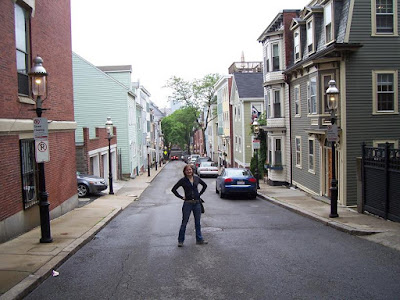 We came across a few more things that caught our attention: 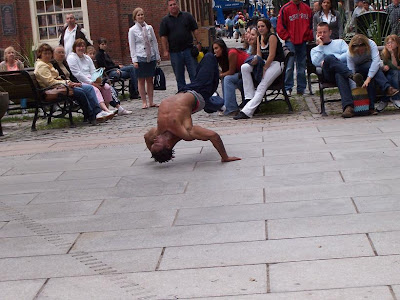 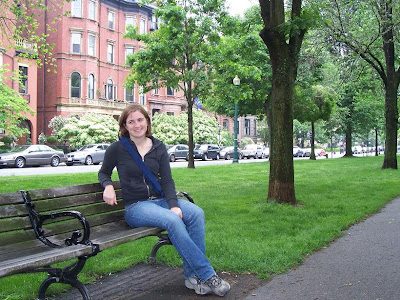 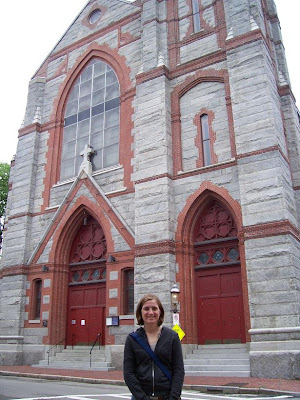 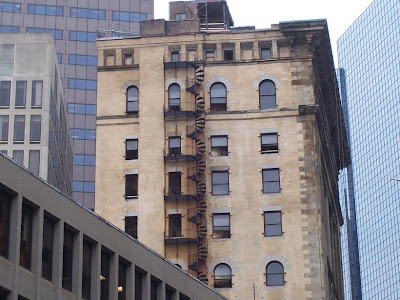 I was also pretty interested in seeing the Big Dig project firsthand, and we ended up waking through it several times, so I got a pretty good look. While I probably would have favored removing the freeway altogether (instead of burying it), I have to admit the new park is pretty nice. 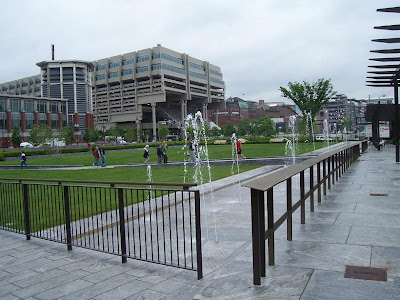 We had a really great time in Boston. I learned that Boston brings out the party animal in Melanie. 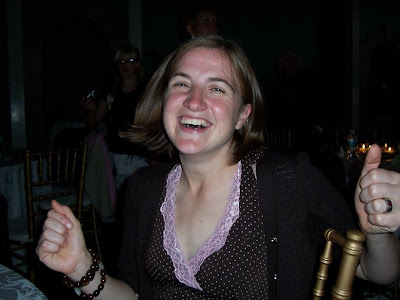 The only bummer part of our adventure was when I took a wrong turn on a freeway and we made an unnecessary detour. Freeways in general make me a little cranky. Taking wrong turns on freeways makes me a lot cranky: 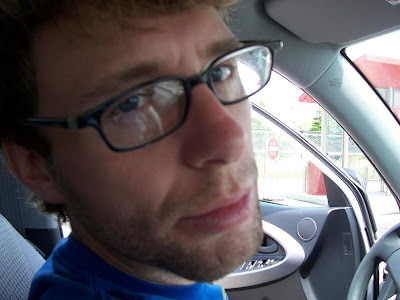 So Boston was a really great adventure!
Next Week: Sour Grapes Run 10K & Half Marathon