Skip to content
Up until now, Mel and I haven’t had any overhead lights in either of the bedrooms. We’ve just been using floor lamps. Well, I strongly dislike floor lamps in general, and especially the really cheap ones we were using. So I decided to install some overhead lights. The problem: there’s no electricity overhead, no switches on the wall.
So I put it in. TA DA! Our old home has a dusty old attic, so there was plenty of room to crawl above the bedrooms and string electrical wiring about. The hard part, of course, was trying to get a live wire into the attic in the first place. I didn’t want to have to knock down any walls or anything in the bedrooms to access the existing wiring behind the walls.
Luckily, our bathroom is ugly and is scheduled for a full reconstruction anyway. So I knocked down the walls in there instead. Here’s what the bathroom looked like before I started: 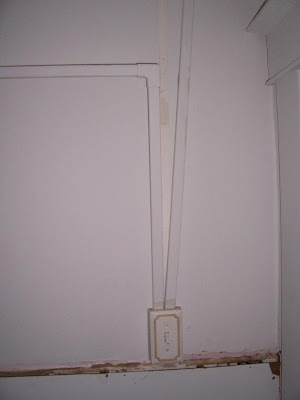 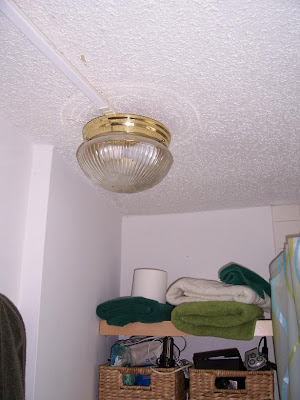 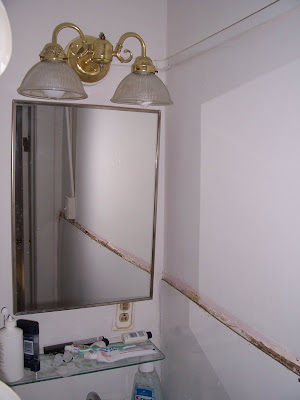 Notice the electrical wiring is outside the walls. Maybe you can’t really see it in the photos, but one of the walls is covered in cheap faceboard – hiding scary things underneath. And the light fixture above the sink is awful.
Well, since I was going to have to rip a little bit of the wall out to get at the wires underneath anyway, we decided to fix it up a little bit. We didn’t want to do anything fancy since we’re planning on ripping it out anyway, but I’ve got plenty of hands on my time.
Well here’s what it looks like now: 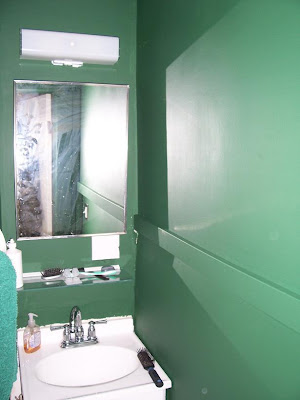 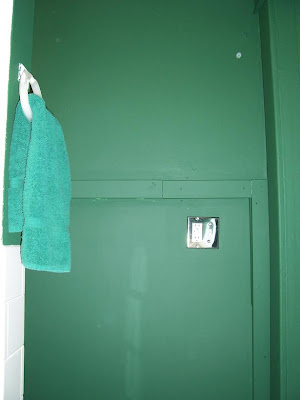 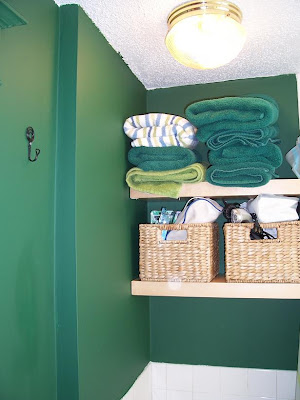 I chose the color myself. Green is my favorite. Mel didn’t know I was going to do any painting, so it was a surprise to her. I would have discussed it with her, but I figured we’re going to destroy it soon anyway. She says she likes it. Notice that the wires are now inside the wall.
The project was a success. We now have overhead light fixtures in both bedrooms, controlled by switches on the wall. It’s like we’re entering the 1930’s. SWEET.
I was surprised to find out while crawling around in the attic, that our home was originally constructed with a gas line routed directly above each bedroom, presumably to feed a gas light of some sort. Interesting stuff.