Skip to content
After we were married, Melanie and I spent a week in the Riviera Maya region of Quintana Roo in Mexico. It’s about an hour drive south of Cancun, near the city of Tulum. I thought I’d share a few photos from our vacation and write a little about our experiences. Getting to Mexico was no problem. One of our flights was delayed (or rather, we all boarded a plane, then they told us it was broken, so we all got off and waited for another plane), so we ended up spending longer than we would have liked in the Dallas airport, but no big deal. Here’s a pic of Mel kickin it in the airport. 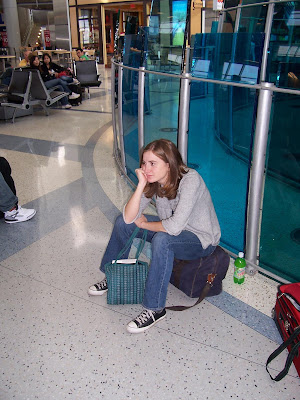 Our first day in Mexico wasn’t as nice as we would have liked. It was stormy and windy, so the beach was vacant, but the resort offered many other ways to amuse ourselves other than the beach, so we were happy. Here’s the empty beach on a cloudy day. 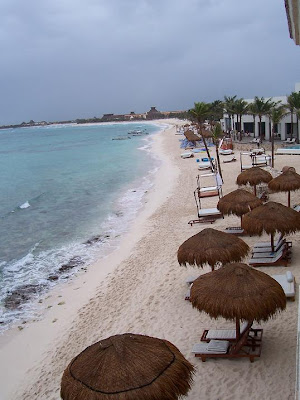 To pass the time until the storm blew over, I decided to sit motionless in the resort lobby as long as possible. Here’s a picture of my resort-record-breaking time of 3 hours and 20 minutes spent sitting motionless in the lobby. Just kidding. I just thought it was a stupid picture of me, so I thought I’d share. 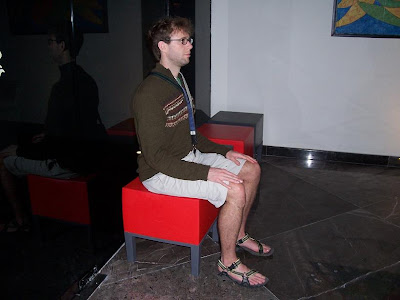 By the next day, the storm was gone, so we decided our trip to Mexico wouldn’t be complete without a stop at Chichen-Itza. It was really a neat experience to see all the ruins, especially the giant pyramid. Turns out, Chichen-Itza was voted into the 7 Wonders of the World (so they told me) and you can no longer climb onto or enter into the pyramid or the other structures. We were a little disappointed that we wouldn’t get to climb the pyramid, but it’s ok. Cute little 5 year olds kept trying to sell us souvenirs here, which was pretty hard to resist (especially when they only cost $1), but we left empty-handed. None of the souvenirs really struck our fancy. 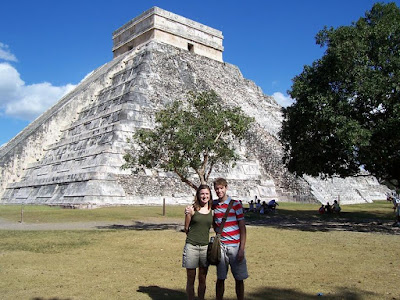 We also had a chance to eat at a few restaurants other than what was offered at the resort. At one, a bunch of dancers came out and danced in the aisles and would balance stuff on their heads while they danced. It was most impressive to watch them dancing while balancing full beer bottles on their heads. They seemed to do it with such little effort. 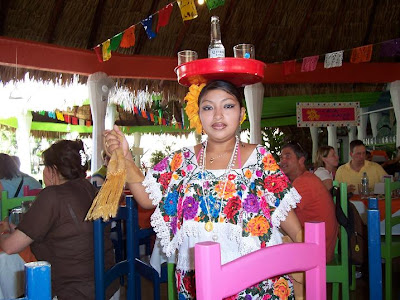 We checked out some cool natural features along the way, too. There are quite a few of these “giant holes” (that’s a technical term, btw) with water in the bottom. I can’t remember how deep they are, but it’s well over 100 feet. And they said the water was at least that deep as well. In this particular one, they had constructed a staircase into the bottom of it along with a jumping platform. Mel and I both jumped into the water after being warned that the water was “soo sooooo cold.” Well…. maybe it’s cold compared to the ocean, but anyone who has ever been swimming in mountain lakes in Nevada or Utah, it was pretty dang warm. 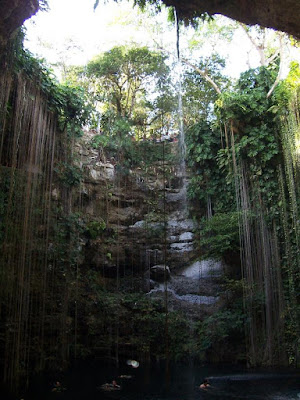 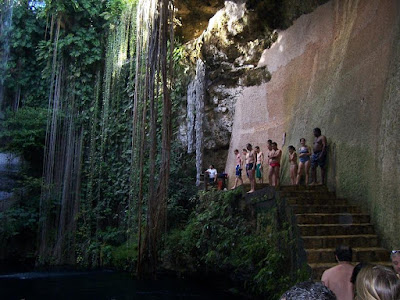 Next, our travels took us to Xel-Ha, a water park of sorts. It’s an ocean bay with warm, shallow water where we went snorkeling, jumped off cliffs, saw dolphins (in a pond, not the bay), swam with fish, “tubed down a river” (paddled across the bay), used a rope swing, walked across a rope bridge, ate ice cream, and various other shenanigans. Here’s me with some birds. 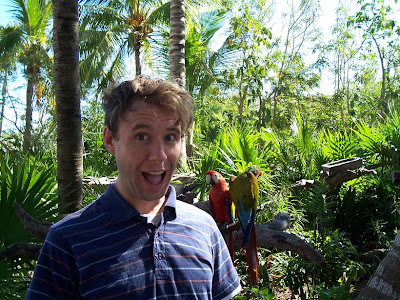 Finally, we found some bicycles. Who knew Mexico had some sweet single-speeds laying around? It was a welcome discovery. 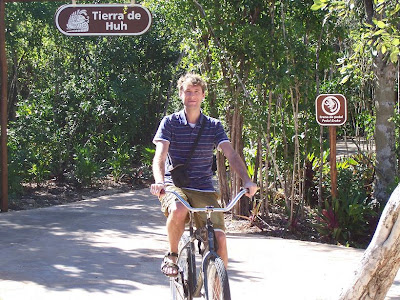 Meanwhile, back at the resort, the skies cleared and the beaches filled, and we got our fill of reading and sleeping on the beach. 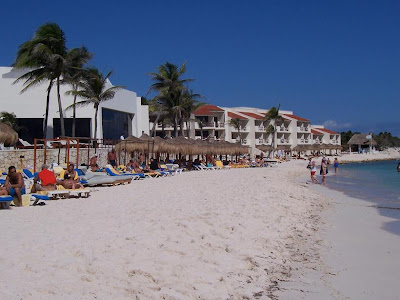 All in all, it was a great trip, and we had a great time. We did everything we had hoped to do (and more) and had mostly great weather to do it. The resort turned out to be perfect for us (I was a little scared by online reviews of the place I had seen before we left the states, but after purchasing the package), and it met our expectations in every way. We want to go back. YAY MEXICO!